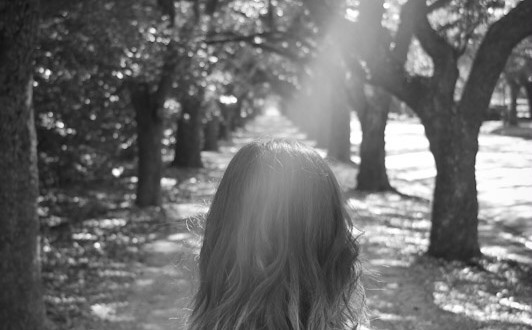 Central to my awakening and growth was the breaking or dismantling of patriarchic paradigms that had stifled me from reaching my full potential and had contributed to the creation of the false self. Slowly I began to recognize the effect of patriarchy (male dominance and superiority) on culture, religion, family and my personal life. Rising from my slumber meant an examination of all sectors of society that repress the feminine. Power and powerlessness were constant companions in this awakening. Power paradigms that communicate a “woman’s place” in a limiting and repressive manner came into view. I felt powerless and longed to be empowered.

Awakening invited me to be broken of who I thought I was (the false self) and to submit to the work of the Spirit in me, which enabled me to submit to who I truly was (the true self). Even submission started to take on new meaning. Submission as mutuality was making sense to me, instead of submission as subordination or subjugation. Mutuality is love-reciprocated submission. This was good news to me.

Growing up, the typical model of male-female relationships that I witnessed looked something like this: In church, only the man was allowed to teach from the holy pulpit. Women were not permitted to teach men. Women weren’t allowed to pass the offering plate or to serve communion, either. They were consigned to playing the piano, singing in the choir, teaching women and children and cooking and serving church dinners. And the more revered women became missionaries in far away places where they could minister freely (somewhere else).

Though my dad was supportive of my mom and me pursuing our dreams, many of the marriages I witnessed took on this kind of expression: The husband always had to drive the car, even if the wife wanted to. The husband also expected dinner to be made by a certain time and his laundry to be washed. The wife was expected to meet every need of her husband. And if the husband committed an affair, social gossip usually indicted the wife for not being attentive enough to her husband’s sex drive.

The woman wasn’t even afforded a name of her own. She belonged to her father and then to her husband, most well-noted through her last name. And a woman was subtly defined in relationship to men through her title as Miss, Ms. or Mrs. Obviously, a man is not subjected to such definitions: he is Mr. no matter his marital status.

No images found!
Try some other hashtag or username